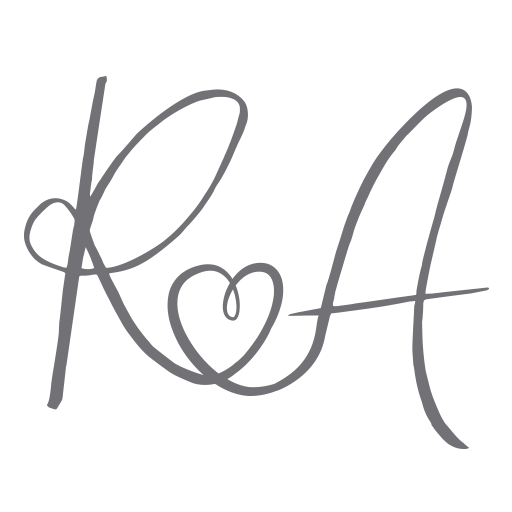 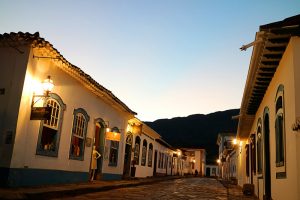 Tiradentes was founded in 1702, (originally called Sao Jose del Rei) with the discovery of gold in the Serra de Sao Jose (St. Joseph mountain range). The city’s name was changed to honor Joaquim José da Silva Xavier, known as Tiradentes. He was a leading member of the Brazilian revolutionary movement known as Inconfidência Mineira, whose aim was full independence from Portuguese colonial power and creation of a Brazilian republic. Xavier began to be considered a national hero by the republicans in the late 19th century. After the institution of the Republic, in 1889, the anniversary of his death became a national holiday which is celebrated on April 21st which happens to fall on our wedding weekend.

It is difficult to define the city of Tiradentes in just a few words. Besides the inns, visitors can explore the richness of local cuisine and art. The restaurants delight in the variety of aromas and smells, both of Minas Gerais and international cuisine. Craft shops fascinate by the diversity of forms, colors and materials used by local artists in a creative way.
Famous for its historical and cultural wealth, Tiradentes also offers excellent attractions for those interested in, for example, ecotourism. Located at the foot of the Serra de São José, the city has guided tours offered by specialized tourism agencies. In addition to the beautiful mountain range, visitors can explore waterfalls, take walks and bike rides, as well as the close contact with nature.

A weekend will be enough time to get to know the main sights of Tiradentes. The city is very small and almost all the attractions are located in the Historic Center. Churches, museums and buildings form the tourist complex of Tiradentes and you can enjoy walking tours.

The churches are among the main sights of Tiradentes. 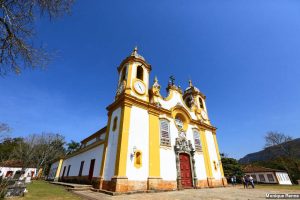 The most important is the Igreja Matriz de Santo Antônio.

Located on top of a hill, it offers beautiful views of the city and the Serra de São José. The Matriz de Santo Antônio is the only church in Tiradentes that has works by Aleijadinho. In addition, it offers organ concerts and a light show. 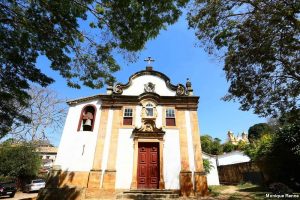 Another important church is Nossa Senhora do Rosário.

Built at the beginning of the 18th century, this church is considered one of the oldest in Tiradentes and was built by the slaves brought from Africa as their house of worship. 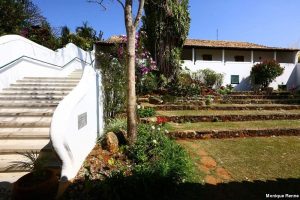 Still in the Historic Center, the Yves Alves Cultural Space works in a beautiful mansion, but does not offer a permanent collection. 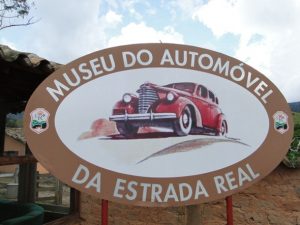 On the way to the village of Bichinho, outside the Historical Center, you can also visit the Automobile Museum of the Estrada Real (Tiradentes Prados road, Km 4,5 | Rural area, Tiradentes), where 50 antique cars are on display, all restored by the museum. 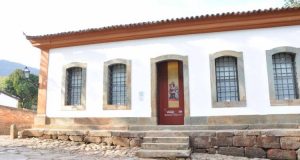 The old building of the old public jail, the historic building in the middle of Rua Direita today houses the beautiful and exciting Museum of Sant’Ana. The collection of the museum was created from the collection of Ângela Gutierrez, who donated all the pieces for the assembly of this space dedicated to the mother of the Virgin Mary. There are 300 images that represent the holy protector of the homes, the family and the miners. The works are all of Brazilian origin, produced largely by anonymous artists between the 17th and 19th centuries. 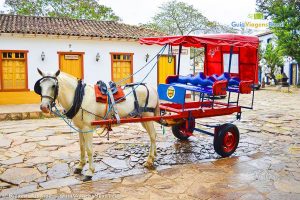 To cross the historic center of Tiradentes is to encounter at all times the spectacular colonial architectures. Some, however, stand out from the others for their architectural beauty and historical value.
Begin the walk through Largo das Forras already gives the dimension of the beauty of Tiradentes, especially when transposing Ponta das Forras with the beautiful mansions in the background.

The best way to discover Tiradentes is by walking tour. It is possible to calmly observe the architectural details of each building and realize all the cultural wealth that exists in this small town. It is advised to wear comfortable shoes, we suggest tennis shoes as the roads are historical cobblestones and are uneven.

During this time of year the temperature can vary between 60⁰F and 80⁰F, so it is advisable to pack clothing for cool weather just encase.